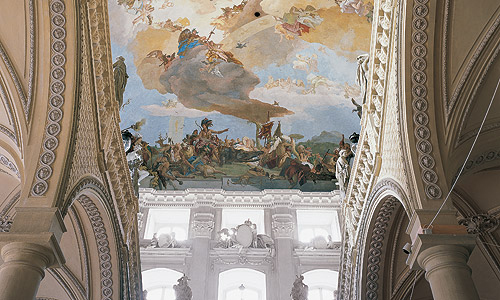 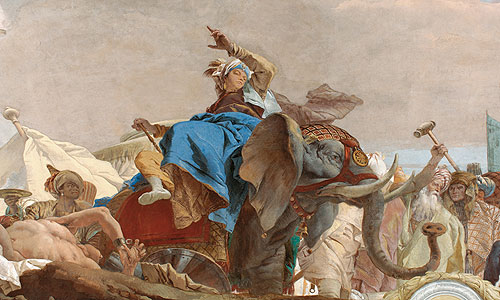 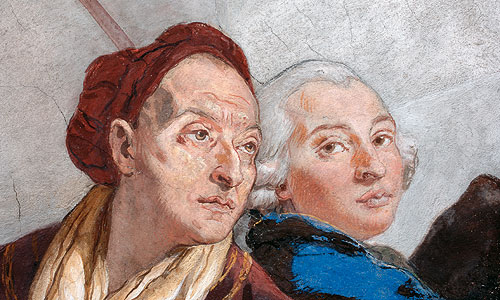 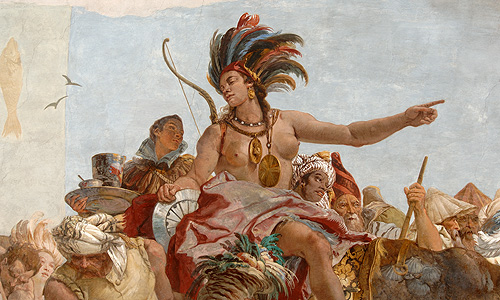 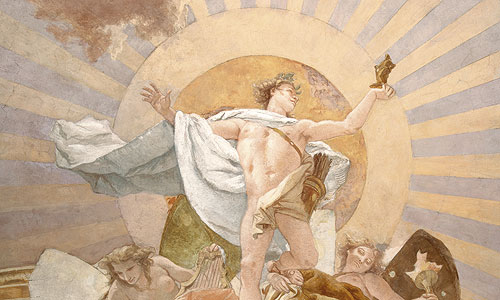 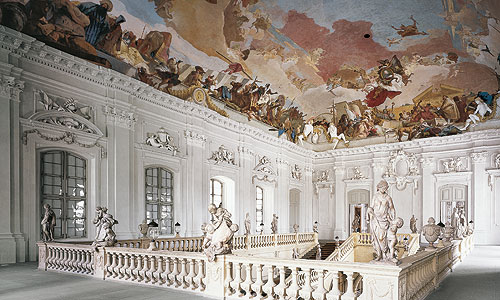 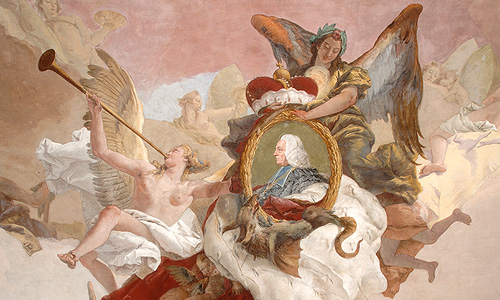 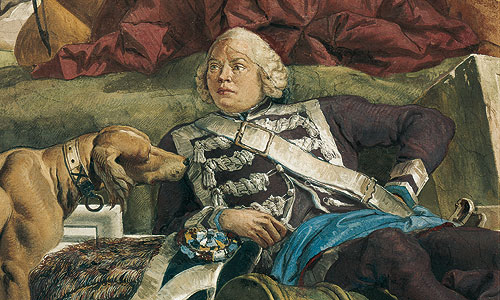 The architectural of the Residence is the staircase, one of the most magnificent achievements of secular building. By contrast with the winding staircases of medieval castles and the more elaborate but still spatially limited stairways of Renaissance palaces, the staircase in the baroque era increasingly became a reception room of considerable splendour. Beneath an unsupported through vault, a masterpiece of construction with a maximum height of 23 metres which spans an area of 18 x 30 metres, court architect Balthasar Neumann installed a staircase with three flights and an ambulatory.

Giovanni Battista Tiepolo, summoned specially from Venice for the purpose, decorated the vault in 1752/53 with the largest ceiling fresco ever painted. With great artistic sensitivity he depicted the exotic, magical worlds of the continents of America, Asia and Africa, personified by regal female figures. The highlight of the composition is the allegory of Europe with the Würzburg court as a centre of the arts. The painting, which measures around 600 square metres, is fused into a whole with the sky inhabited by the ancient gods in the centre.

back to the Garden Hall

further on to the White Hall